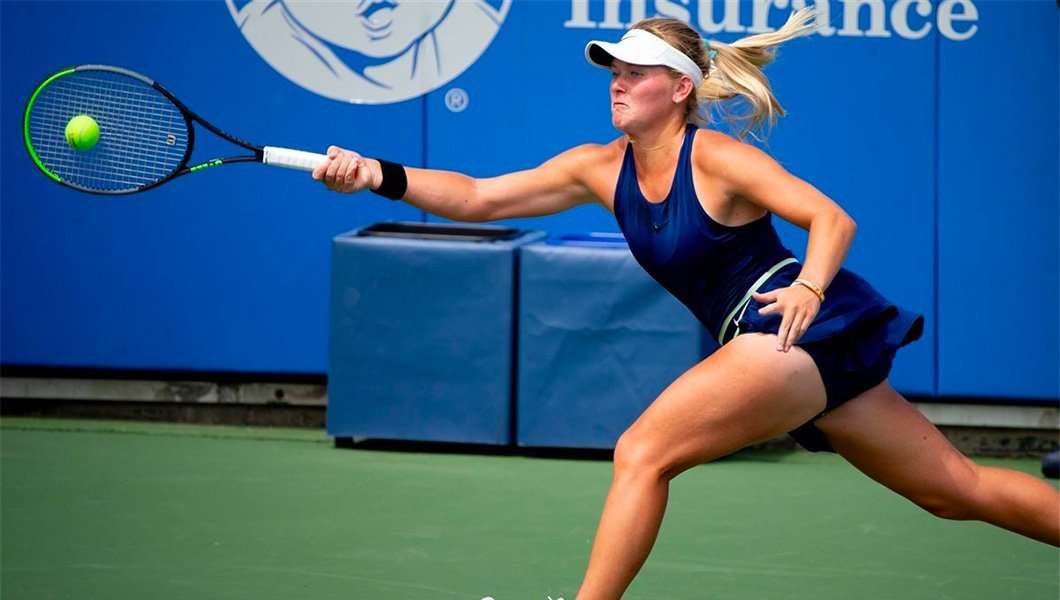 College tennis is set to be well represented at the upcoming Western & Southern Open as organizers are set to include the first-ever College Tennis Showcase on August 14th, while over 30 former collegiate alum are set to compete in the main and qualifying draws across both singles and doubles play.

Within the College Tennis Showcase, Ohio State, Michigan, Kentucky, Notre Dame, Louisville, and Xavier are set to square off in exhibition matches from Porsche Court in what should be some highly competitive competition.

Action is set to begin at 3 pm (ET), and will feature play from both the men’s and women’s teams from all six schools competing in the Showcase.

In addition to the exhibition matches, the day will also include panel discussions in the new Grand Courtyard fan experience area, featuring current collegiate players and pro players who played at the college level.

Outside of the College Tennis Showcase, the Western & Southern Open will feature plenty of college tennis stars in this year’s tournament with Danielle Collins (Virginia & Florida), Cameron Norrie (TCU), and John Isner (Georgia), to name a few, all featured in the 2022 Singles Main Draw Entry List.

Across all former collegiate alum, UCLA will have the most representation at the Western & Southern Open as four former players (Maxime Cressy, Mackenzie McDonald, Marcos Giron, and Jean-Julien Rojer) will all be competing at this year’s event.

Meanwhile, the SEC ties will be strong as they lead all conferences with 15 former players set to compete in both the qualifying and main draws at the Open.

Both of the 2022 NCAA Singles National Champions will be in playing in Cincinnati this year as Ben Shelton (Florida) and Peyton Stearns (Texas) each received wild cards into the qualifying play of the singles draw.

Below you can find the complete list of former collegiate alum on the 2022 Western & Southern Open Entry List: