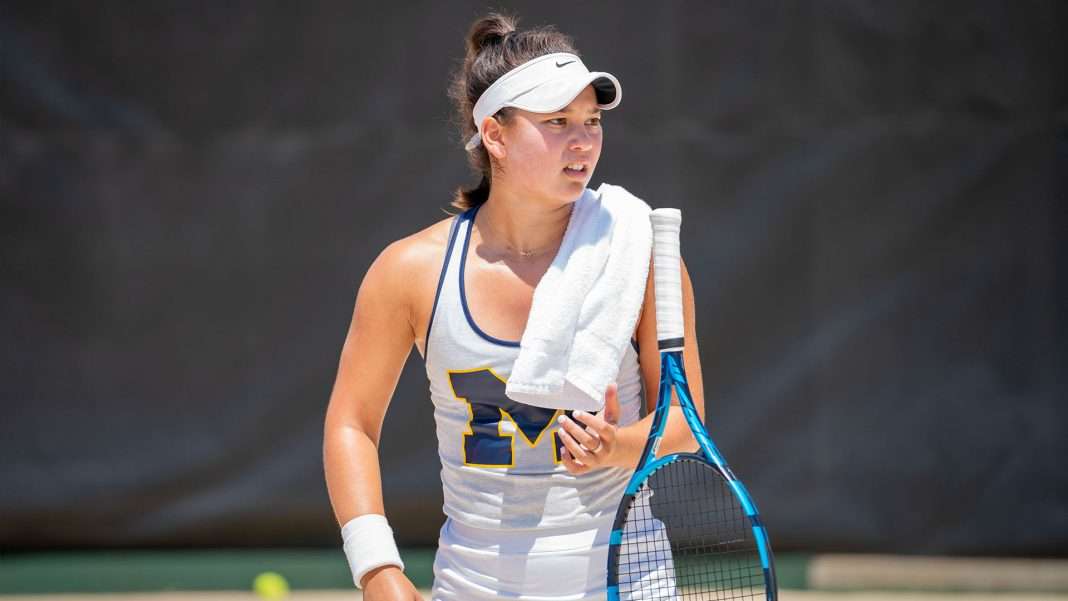 After three days of fierce competition, we have reached the Semifinals of the 2022 ITA Tennis-Point National Summer Championships powered by Universal Tennis for both the Men’s and Women’s Singles and Doubles Draws.

For Fliegner and Cataldi, they both cruised to straight set victories on the afternoon, while Schoppe and Sysoeva both needed a third-set tiebreaker to determine a winner in both of their Quarterfinal matches today.

In the Men’s Singles Draw, the Michigan duo of William Cooksey and Jacob Bickersteth advanced through to the Semifinals, while Ryuhei Azuma (Clemson) and Jamie Connel (Florida State) round out the Semifinalists.

Unlike the women, all of the Men’s Quarterfinal matches came and went quickly as all four Semifinalists cruised to straight-set victories on the sun-soaked day in Tallahassee, Florida.

Moving over to doubles play, two Wisconsin team’s have made the Semifinals as Ava Markham/Ariel Johnson and Xinyu Cai/Taylor Cataldi both earned Quarterfinal victories today. Meanwhile, Jessica Dawson/Ellie Schoppe (Furman) and Lauren Friedman/Alina Shcherbinina fill out the remainder of the bracket after victories today.

For the men, the hosts Florida State have guaranteed a spot in the Finals as Silagy/Chauvinc and Bulte/Rihane both won in today’s Quarterfinals and will face each other in the Semifinals. In the remainder of the draw, Pickens/Thieneman  (Northwestern) and Bickersteth/Cooksey (Michigan) will fill out the other side of the bracket after wins today.

We’ll be back tomorrow with Semifinal action in both singles and doubles play. The complete schedule of play can be found below.

Play is set to begin at 9:00 am (ET) on Monday from the Scott Speicher Memorial Tennis Center on the campus of Florida State University. Both the Men’s and Women’s Semifinal matches will commence simultaneously, while doubles play will follow roughly an hour after the conclusion of singles play.