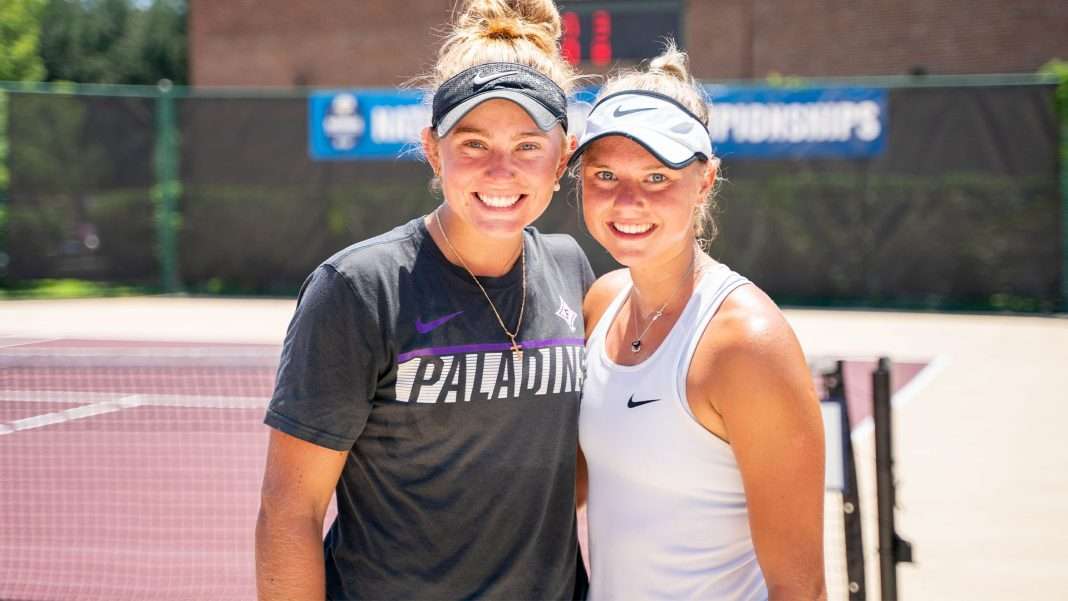 Only one day of competition remains at the 2022 ITA Tennis-Point National Summer Circuit powered by Universal Tennis, as the finalists have been determined for all the draws at this year’s tournament.

After much fierce competition over these past four days, only Anastasia Sysoeva (Florida) and Julia Fliegner (Michigan) remain alive in the Women’s Singles Draws after each picked up victories in today’s Semifinal matches.

For incoming Florida fresham Sysoeva, her first taste of action at the collegiate level has been taken with grave, as the future Gator has won in straight sets in all but one match this tournament, including a 6-4, 6-4 victory of Wisconsin’s Taylor Cataldi today.

Just a sophomore herself, Michigan’s Fliegner has shown great fight throughout the tournament, including outlasting Furman’s Ellie Schoppe 6-3, 6-7, 1-0 (4) in today’s Semifinal action.

In the Women’s Doubles Draw, Ellie Schoppe & Jessica Dawson (Furman) and Taylor Cataldi & Xinyu Cai (Wisconsin) will meet in the championship match after each battled their way through the draw over the past three days of competition.

The Men’s Singles Draw is down to two as Ryuhei Azuma (Clemson) and Jacob Bickersteth (Michigan) both won their Semifinal matches today in hard-fought matches under the smoltering Florida sunshine.

For Azuma, today’s match was a battle as neither him nor Michigan’s William Cooksey wanted to let up in the first set resulting in an extended tiebreaker. Ultimately winning 12-10 in the tiebreaker, Azuma would ride this momentum to a 7-6 (10), 6-1 victory on the day.

In what was the final singles match of the day, Bickersteth took down Florida State’s Jamie Connel 6-2, 2-6, 1-0 (8) in what was a match that took everything out of both players. Bickersteth, who now advances to his second consecutive National Summer Championship Finals, will look to become just the second-ever two-time winner of the event.

Across the Men’s Doubles Draw, the Northwestern duo of Trice Pickens & Presley Thieneman as well as the Florida State team of Alex Bulte & Youcef Rihane where your Semifinal victors on the afternoon.

Finals for both the Singles and Doubles draw will be held on Tuesday, August 15th at the Scott Speicher Memorial Tennis Center on the campus of Florida State University. Action will begin at 9 am (ET) with both Singles Finals, as well as the Women’s Doubles Finals, getting underway. Then shortly to follow, the Men’s Doubles Finals will begin on the first court which becomes available from the morning session.