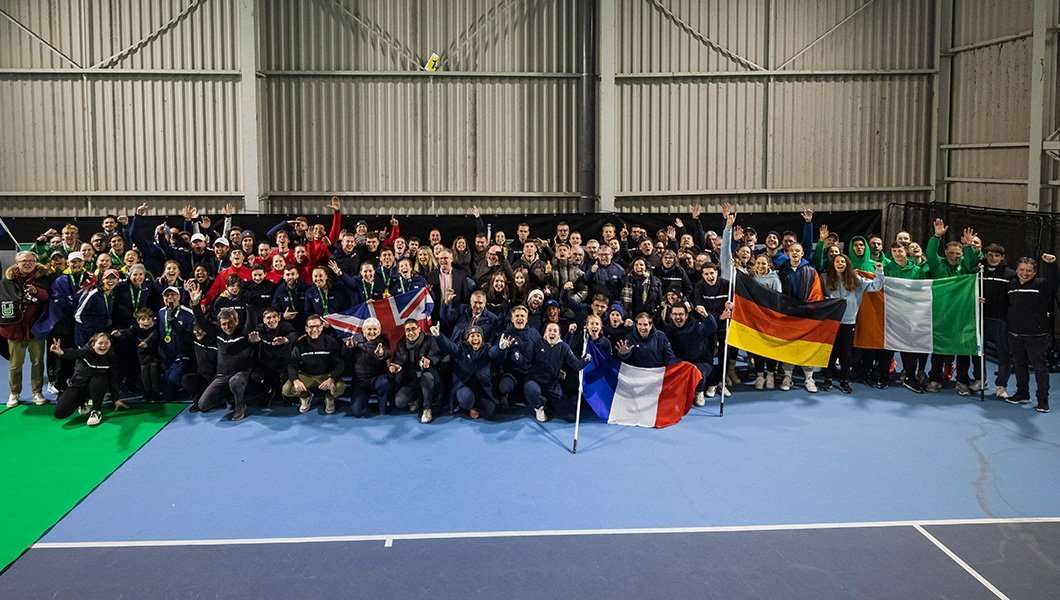 When looking across the three medaling teams, it is clear that NCAA student-athletes played a big role in their team’s success as 16 of the 18 players on the top-three finishing teams came from the American university system.

Considering 25 of the 46 participating players had NCAA ties, this is a prime example of how NCAA tennis is preparing many of the nation’s best players for success not only in college but on the tour and in other international events as well.

Featuring a plethora of current and former NCAA student-athletes, this year’s competition was one of the closest to date with the difference being a razor-thin margin for most matches.

On the men’s side, names such as Charlie Broom (Baylor & Dartmouth), Stefan Dostanic (USC), and Adam Walton (Tennessee) all competed for their countries in addition to having standout collegiate careers.

For the women, many top names were also on display this year as Fiona Crawley (North Carolina), Connie Ma (Stanford), Tenika McGiffin (Tennessee), and Nicole Rivkine (Texas) all represented their countries.

Below you can find notable performances from former and current NCAA student-athletes at this year’s Master’U BNP Paribas Championships.

The 2022 ITA Rookie of the Year played well above her experience at this year’s Master’U BNP Paribas Championships going unbeaten in America’s three matches. Now a sophomore for the Cardinal, Ma went 3-0 at No. 2 singles and 2-0 in doubles to lead the charge for Team USA.

Giavara was influential in the Americans’ success in doubles, going 3-0 on the weekend. This included a crucial win against Great Britain in the championship match where Giavara and partner Fiona Crawley fought off numerous match points before winning 17-15 in a third-set tiebreaker.

Seggerman finished 3-2 at this year’s tournament with his most significant impact coming in doubles with Stefan Dostanic (USC) where he helped clinch the matches against both France and Great Britain. The graduate transfer for the Tar Heels fought hard all weekend and won the big points when needed for Team USA.

One of the top collegiate players in the 2020-21 season, Broom showed his dominance at the 2022 Master’U BNP Paribas Championships going unbeaten in singles play at No. 1. This includes straight-set victories against Adam Walton (Tennessee) and Stefan Dostanic (USC) in the Semifinals and Finals.

Hutchinson was behind one of the biggest upsets at this year’s tournament as the former Old Dominion standout took down Fiona Crawley (North Carolina) in the Finals. This was Crawley’s first defeat this fall and helped level Great Britain with Team USA heading into doubles play.

Playing at No. 1 singles, Walton went 2-1 on the weekend with two more wins in doubles. Walton came up big in the third-place match for Australia, winning in both singles and doubles to help Australia to the Bronze medal.

After a great fall season, including a back draw doubles championship at the 2022 ITA National Fall Championships, Charlton once again delivered in doubles, going 4-2 for Australia. Playing men’s and mixed doubles in every match, Charlton helped clinch the victory against France alongside Tenika McGiffin.

Another doubles specialist for the Aussies, McGiffin showed her experience in big moments when her team needed her in both women’s and mixed doubles.

Constantin Frantzen, Baylor – Went a perfect 6-0 over the tournament for Team Germany, while playing men’s and mixed doubles.

Tim Sandkaulen, Ole Miss – Dominant for the Germans in doubles over the tournament, including a win over the United States.

Connor Gannon, Memphis – Went 2-1 for the Irish in singles play this past weekend, including a win against Switzerland on the final day of play.