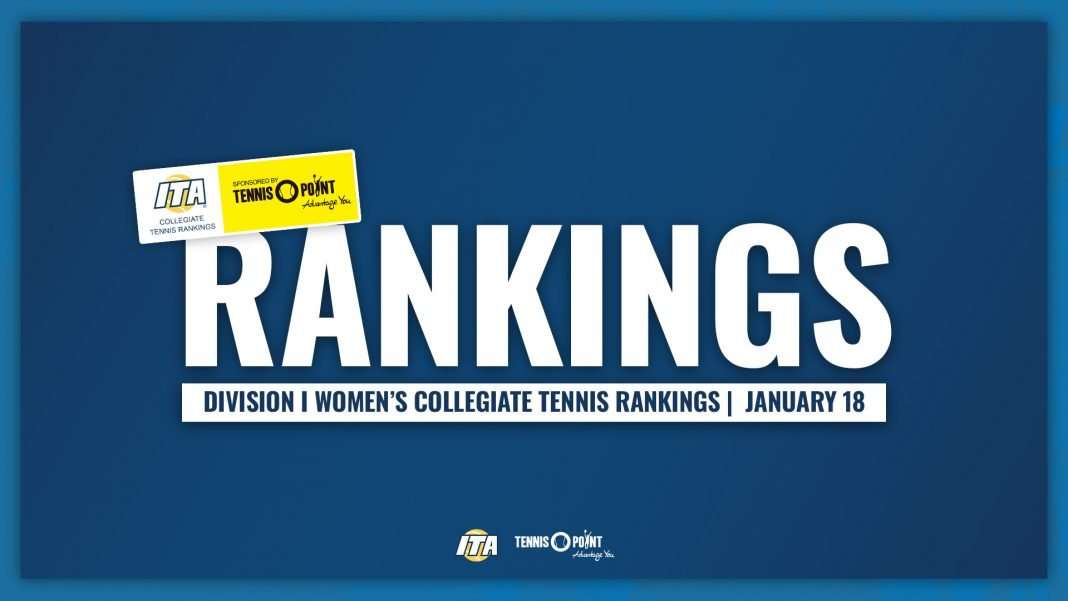 Preseason No. 1, Texas, remains in the driver’s seat for the January 18 Team Rankings. The two-time defending NCAA Champions went from receiving seven first-place votes in the Preseason Team Rankings to ten first-place votes in the latest release and will partake in their first dual match of the season on Jan. 20 when they take on North Texas in Austin.

North Carolina remains at the No. 2 spot after getting off to a quick 4-0 start to their season. The Tar Heels dropped points to Elon and Appalachian State during their first two matches, but have since swept East Carolina and Campbell as they head into another busy week of play which features North Carolina Central, Wisconsin, and No. 15 Auburn.

Across the remainder of the rankings, there is hardly any movement from the Jan. 4 Preseason Rankings. This week’s only movement comes within the Top 10 of the rankings as Georgia (No. 7) and Stanford (No. 8) each move up a spot as Virginia slides from No. 7 to No. 9 in the Jan. 18 Rankings.